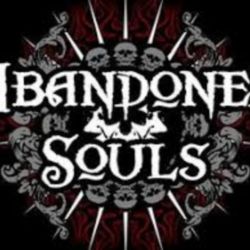 A Little About Us

Hello & Welcome! Thanks for checking out our website. Here you can find all kinds of things about us. You can also find media and other related content. Wreckless Abandoned Souls was formed in 2009 by 5 good friends who has a love for music as well as performing it. Like alot of other bands, we started out playing in some basement, then worked our way up to playing at local venues. There weren’t many venues in Louisiana that would allow new comers come in and perform. Finally our hard work paid off and we got our lucky break in 2010. We entered into a contest at a local venue where there were several bands/musicians performing, and there was people from different record companies looking for new talent. We were one of the very few who’m won and we got our deal with Fiend Records. Every since then we’ve released 2 singles and 5 albums, and we’re currently in the middle of releasing another one (an album). The new album is called “Making It Last” and it will be relased on the 29th of April.

WAS was such a pleasure to work with. They had a fun and creative attitude and made our wedding day even much more memorable. They’re not only a professional band that we’ve hired, but they also became our friend.

― Jim and Susan Bradey
We want to give the fans a pure and unfiltered listening experience, one that reflects us and where we are at in our musical journey and our lives. It is as much a reflection of who we are as musicians as it is of us as people.

Get A Free 7 Day Trial
Your message has been sent